King Kong is back at Universal Orlando Resorts 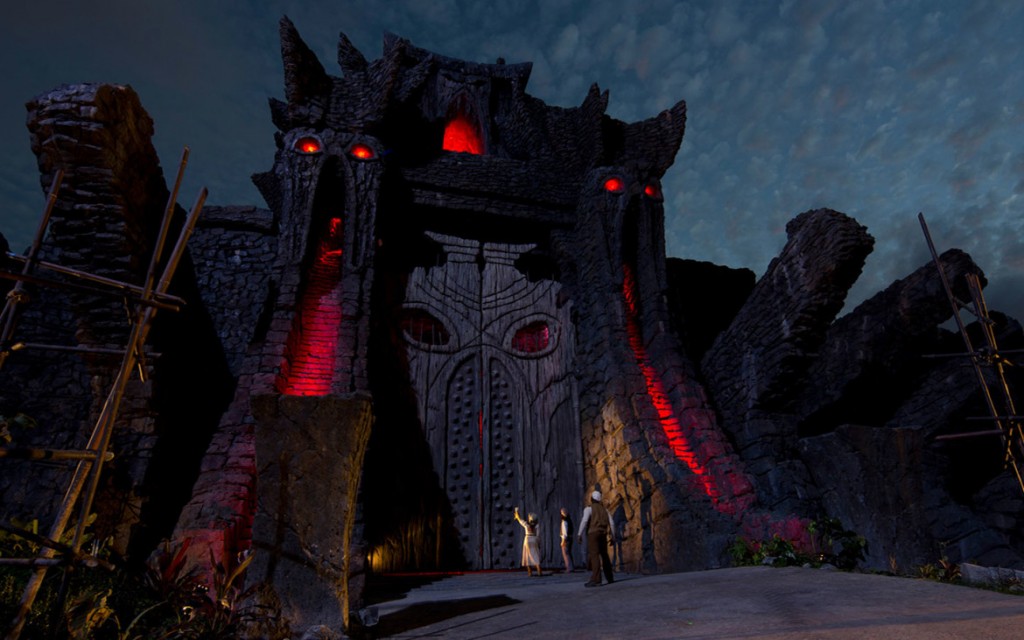 I am very excited to see this new attraction.  I remember the original King Kong at Universal Studios and wish it was longer at the time.  Now it’s only moments away when King Kong returns to Universal Studios Orlando.  The new adventure take rides on a safari vechical instead of a cable car and is sure to a future classic ride for Universal Studios for generations to come.

It all begins with Skull Island – a land shrouded in mystery, steeped in ancient tales of colossal creatures fighting for dominance of a lost world. The name alone is enough to keep any adventurous soul from setting foot on its foreboding shoreline, to say nothing of mustering the courage to explore its terrifying interior.

Despite the apprehension of such an undertaking, you decide to join the 8th Wonder Expedition Company on their daring research adventure. Your mission: to discover species of unknown origin dwelling within the hidden mysteries of the island. Your hope is to substantiate the existence of prehistoric creatures.  Your first objective is to reach the communication base amid the outlying ruins. Communication is key and a crackling radio broadcast from scientists, expedition leaders and fellow explorers warns of the treacheries that lay ahead.

Undaunted—though certainly a bit uneasy—you head towards your next objective: the 8th Wonder Expedition base camp.  There is a hypnotic presence in the rhythmic beating of distant drums that draws you deeper and deeper into an ancient ruin, almost against your will. Signs of a native presence become evident. But are they still around?  Finally, you make it through to base camp and expedition vehicles. You set off for the heart of the island to rendezvous with your expedition leader.  Within minutes, you come upon a massive temple wall. Drums beat, flames arise, huge wooden doors swing open and you drive through. You now face a dark labyrinth of caves where danger lurks around every bend.  You manage to narrowly escape the caves… but the jungle ahead holds yet another breathtaking challenge. Suddenly, you find yourself in the midst of a raging struggle between creatures of incomprehensible size and ferocity. All seems lost until, from out of nowhere, a deafening roar cuts through the melee. The mighty Kong has arrived!

But is he friend or foe? Well, you’ll have to find out this summer.  The next chapter in the evolution of the King Kong legend is about to unfold. This immersive new experience will feature one of the longest rides of any Universal attraction, along with several new firsts for Universal Orlando Resort.