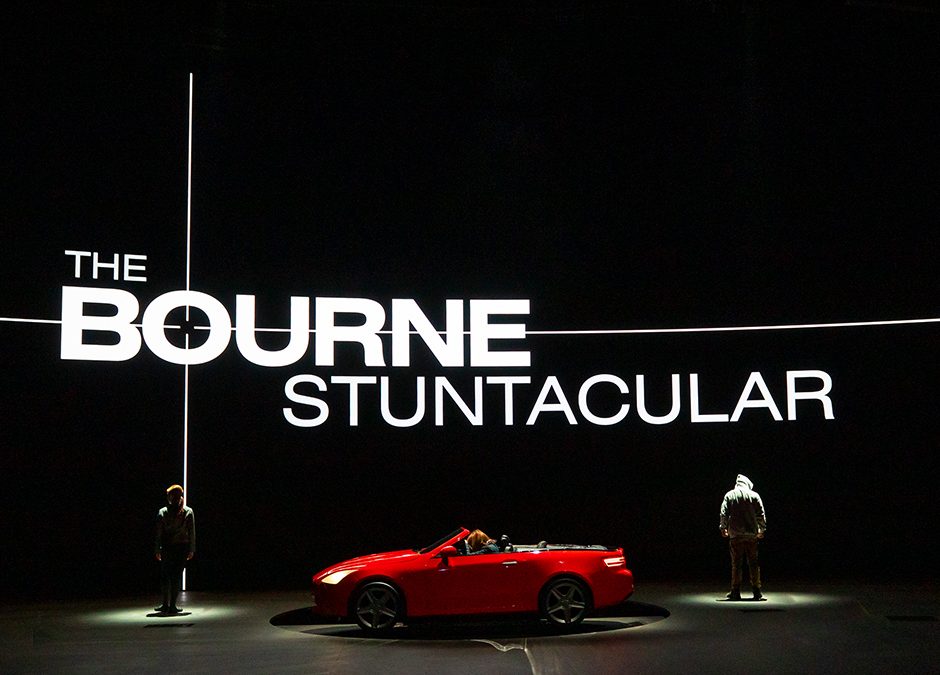 The Bourne Stuntacular is now open at Universal Orlando Resort just in time for your Summer vacation.

“HOLY SMOKES! How did they do that AND can I see it again?!” – Me, during my first time seeing The Bourne Stuntacular.

Walking in, I knew there was going to be all the action that the Bourne film franchise is so well known for and real stunts blended with cinema. What I didn’t expect was my eyesight tricking my mind in the most delightful way possible.

I know what you’re probably thinking – what does that even mean? Well, for example, in one of the first scenes that I saw, there was a group of performers on the stage…or so I thought. In reality, there were only a few performers physically on the stage, while the rest of the group was in the cinema on the screen. But for the first few minutes, I didn’t even realize the difference until a show producer pointed it out to me!

And that’s just one example.

But before I get ahead of myself, let me share the good news that you can now experience everything I did, and trust me, you need to see it to believe it.

The Bourne Stuntacular in Universal Studios Florida delivers a hybrid form of entertainment that has never been seen before. Here are all the details about the all-new live-action stunt show.

Experience An Original Storyline That Takes Place Within The Bourne Universe

You’ll pass through security scanners into mission headquarters where you’ll be welcomed and briefed by my favorite character in the franchise, Nicky Parsons (Julia Stiles), Jason Bourne’s main confidant who helps him remember his past. Nicky, who can’t be in the field, will ask for your help tracking Bourne to ensure he does not get fooled by rogue double agents.

Then, as you enter the theater, you’ll join Jason Bourne as he travels across three continents and the cities of Tangier, Washington D.C. and Dubai, to uncover classified information all while trying to evade capture at every turn. Being a bit of a travel nut myself, I loved this part of the show, with Dubai being my personal favorite. I felt like I was really in the city and there’s even a chase scene through the desert! 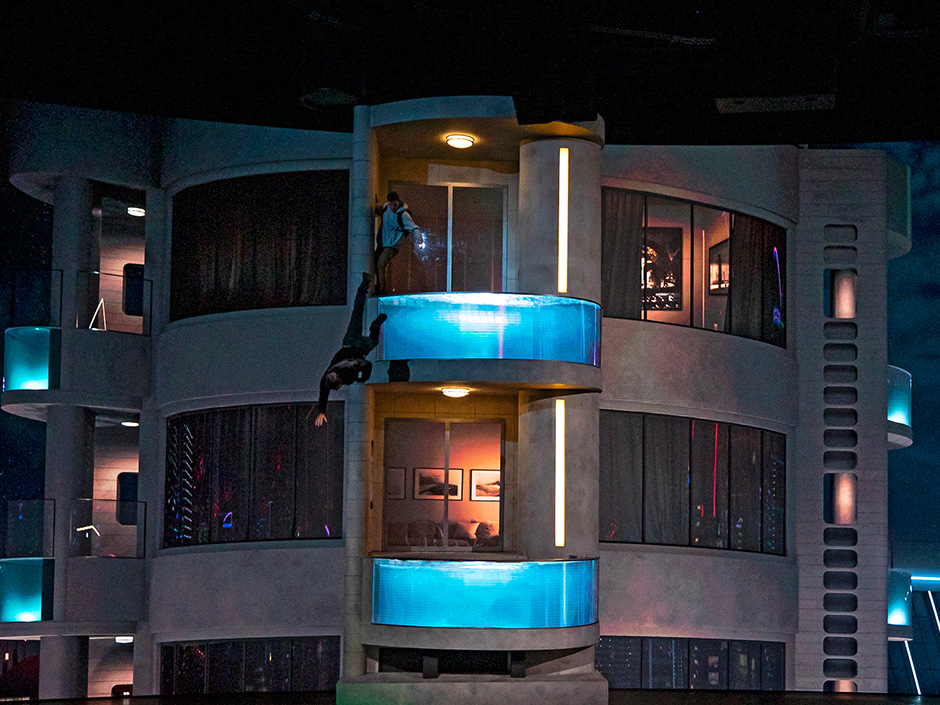 Ya’ll, believe me when I say the stunts in this new show are next-level and here are a few reasons why:

Without giving away too many spoilers, there is a scene where the character of Jason Bourne is being chased on a motorcycle when suddenly both the screen and Bourne go from normal speed to slow motion. At first I thought the performer was in the cinema of the show, but no…the live actor was holding himself up and moving in slow motion in a way that still gives me goosebumps. 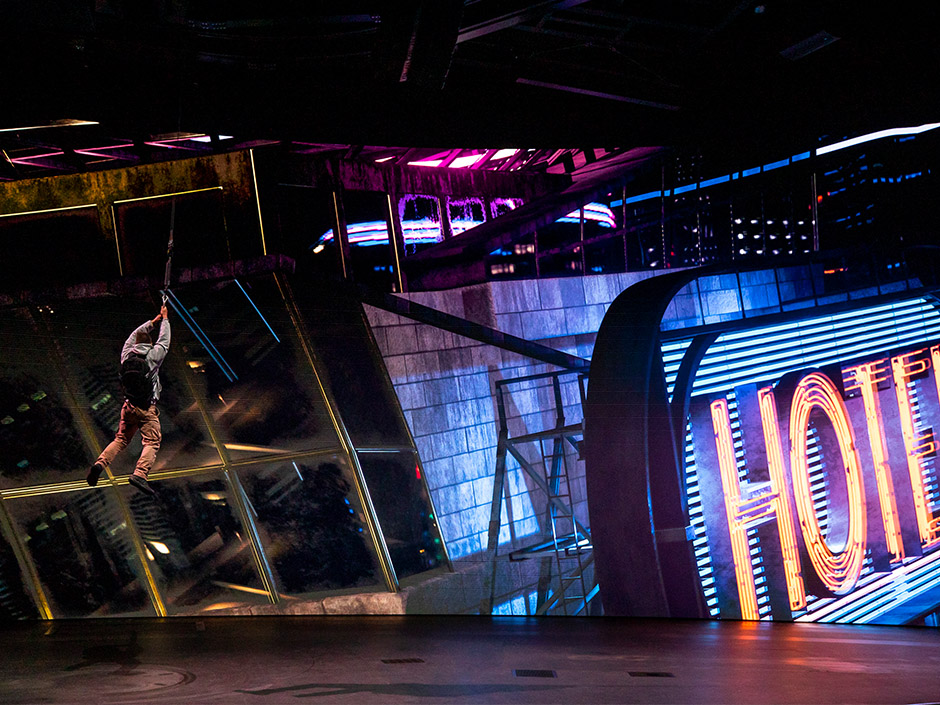 Rounding out the experience are captivating practical effects that will make you feel like you’re right by Jason Bourne’s side through the use of fire, smoke, wind and more, including: