Every Night from February 4 – March 25, 2017
At Universal Studios Florida™

Every night of Mardi Gras festive floats and spectacular performers parade through the streets as countless strands of colorful beads are tossed into the crowd. And on select nights you can catch big-name headliners live in concert. Lasting for 50 nights, it’s the biggest party of the year—and everyone’s invited.

On the Universal Music Plaza Stage in Universal Studios Florida™

On select nights of Universal Orlando’s Mardi Gras, a different big-name headliner gets the party started—playing their biggest hits and favorite tunes live on stage. 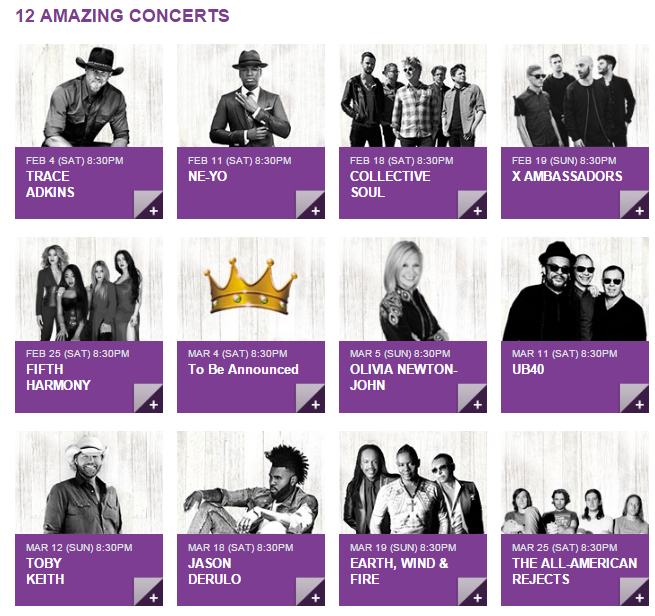